A couple of days ago Dr. Michael Mosley was interviewed on Itv’s “This Morning” show about common fitness, gym and exercise myths (read here). I think they should have interviewed him about something else because it was shameful… He did mention a couple of good points, but the overall message was disgraceful.

It’s true, we have a “reward culture” and people are not aware of nutritional values. Going to the gym and having a muffin after is not right and one thing doesn’t balance out the other. In my opinion it is irresponsible to put out there that gyms don’t help losing weight and don’t affect your mood especially when uneducated people in nutrition and health/fitness are watching. This type of message might just put a lot of people off to going to the gym. What about the vast benefits you can have from exercising?

“While 20 per cent became significantly fitter, most didn’t change that much and 20 per cent saw no change at all – they just didn’t have the right genes,”

Everyone has different genes and requires a bespoke program to achieve better results.  Or maybe the subjects initial levels of fitness in the study were already different? (the actually study would be useful).

Bespoke exercise allied with healthy nutritional habits and lifestyle will make the most long term differences.

And when it can’t get worse, he says that exercise doesn’t boost his mood. Since when does one person’s experience count for any scientific validation? Doctor…?

“And while studies have shown exercise can relieve symptoms of depression, this is more to do with being out in the fresh air, he says.
‘It’s about getting out, clearing your head – whether that’s walking the dog, playing golf, whatever,’ he said.”

Maybe the getting out, playing golf has a component of physical activity? Maybe explaining the science behind that declaration? Oh, yes, not enough time on TV.

It’s not 100% true that exercise doesn’t affect your mood. What about Brain Derivate Neurotrophic Factor (BDNF)?

Now, a reality check – diets don’t work!!  If they worked everyone would be slim. And, research says that 80% of people that go through diets end up gaining one pound of fat more than when they started. And, do you know why? Because these crazy diets are not sustainable. Can you see yourself fasting two days a week for the rest of your life? Or having juice forever?

Oh, and unlucky you if your birthday matches your fasting day. No cake and no party! And, probably Billy no mates. 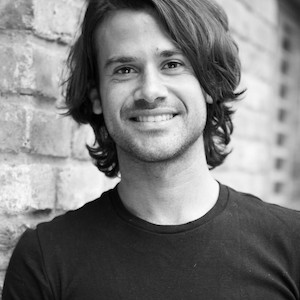 All stories by: Rui

We use cookies on our website to give you the most relevant experience by remembering your preferences and repeat visits. By clicking “Accept All”, you consent to the use of ALL the cookies. However, you may visit "Cookie Settings" to provide a controlled consent.
Cookie SettingsAccept All
Manage consent

This website uses cookies to improve your experience while you navigate through the website. Out of these, the cookies that are categorized as necessary are stored on your browser as they are essential for the working of basic functionalities of the website. We also use third-party cookies that help us analyze and understand how you use this website. These cookies will be stored in your browser only with your consent. You also have the option to opt-out of these cookies. But opting out of some of these cookies may affect your browsing experience.
Necessary Always Enabled
Necessary cookies are absolutely essential for the website to function properly. This category only includes cookies that ensures basic functionalities and security features of the website. These cookies do not store any personal information.
Non-necessary
Any cookies that may not be particularly necessary for the website to function and is used specifically to collect user personal data via analytics, ads, other embedded contents are termed as non-necessary cookies. It is mandatory to procure user consent prior to running these cookies on your website.
SAVE & ACCEPT